Where is Andrew Sokolov ? 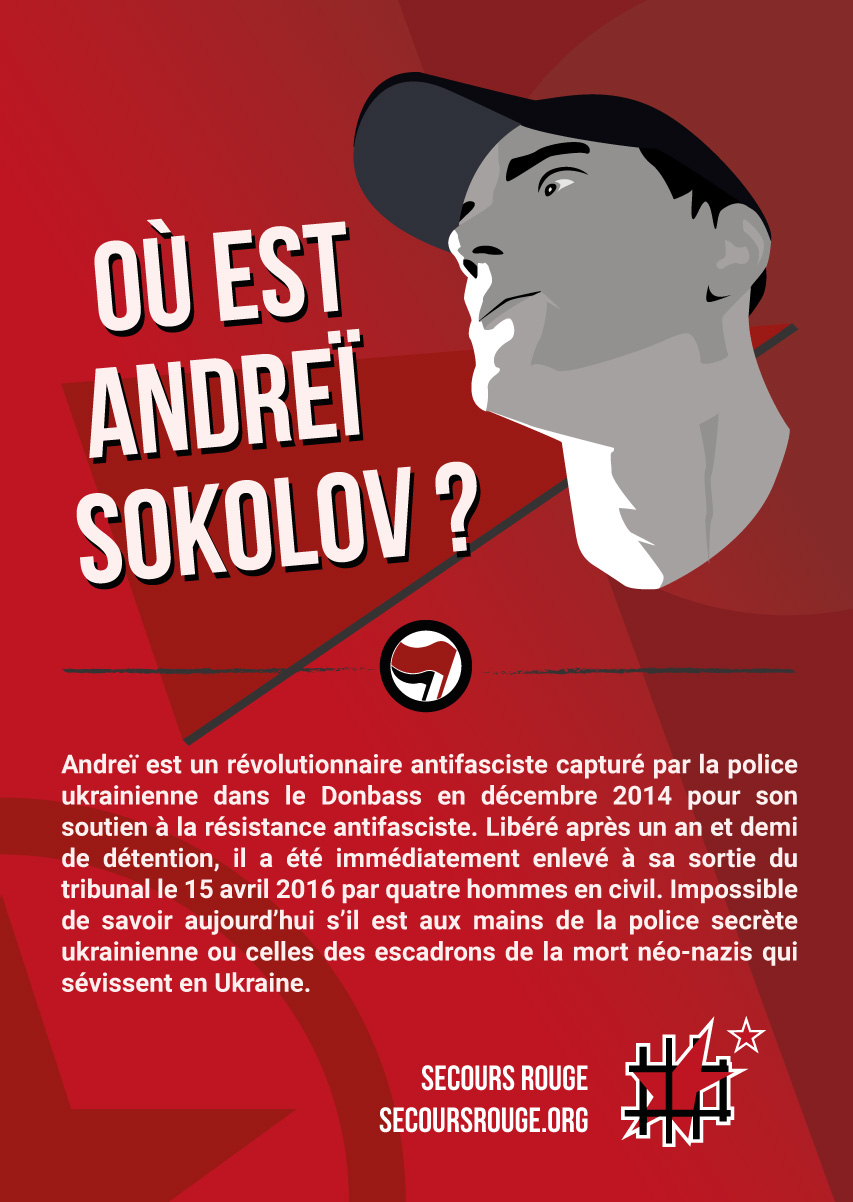 Andrew Sokolov is a revolutionary militant, he was an opponent to Elstine’s and Poutine’s regimes. He served a total of more than 9 years in jail in Russia. In December 2014, Andrew Sokolov went to Donbass to help the antifascist resistance. On December 16 he was captured and detained in a secret prison where the Ukrainian services mistreat and torture the prisoners. As he was put back in the legal system, he was sentenced on April 15 to 2 years and 7 months in prison. Because of his long pre-trial detention he should have been released immediately. However, at the exit of the court, he was abducted by four men to an unknown location in a civil car. Sokolov was finally released on October 14th 2016 after six years without news.