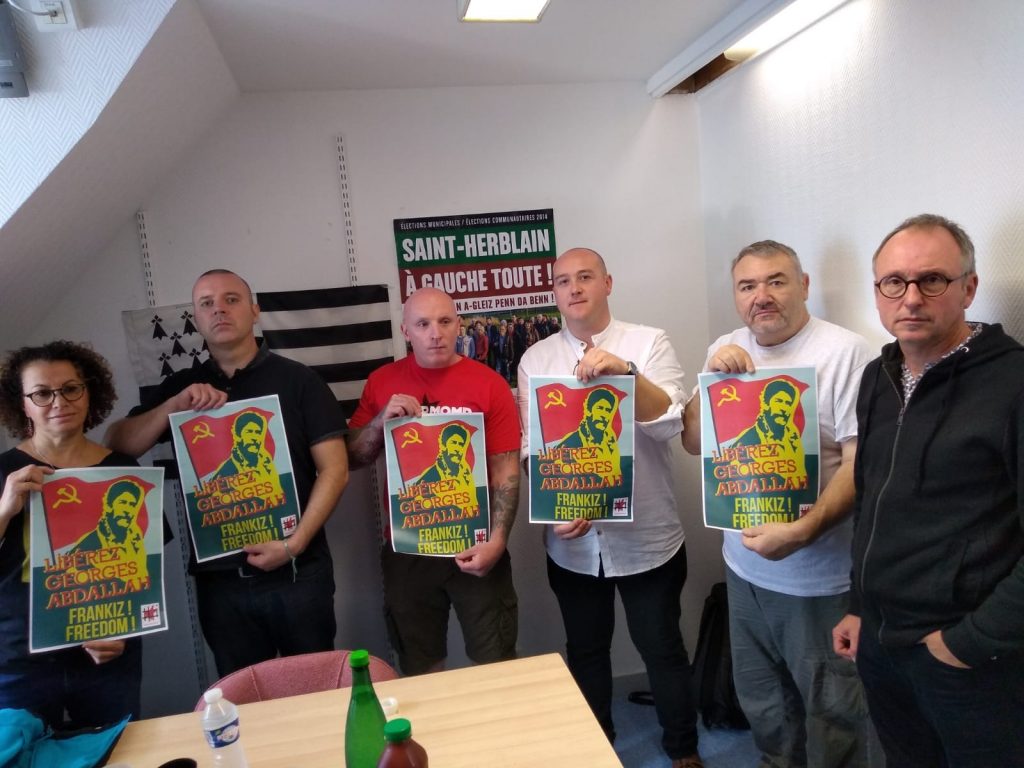 The International Red Help expresses its solidarity with IRSP member Sean Carlin, who will be brought today in front of a British occupation court in Belfast. By means of infinitely extensive anti-terror laws, the authorities are aiming to convict Sean for wearing a flag to honor the sacrifices of the fighters of the Belfast Brigade of INLA, at the occasion of a demonstration for the Easter uprising of 1916.

Behind this trial, there is the struggle of British authorities and their collaborators to erase not only the resistance forces, but also their history and their memory. This struggle against historical memory is a constant of all colonialists and occupying powers.