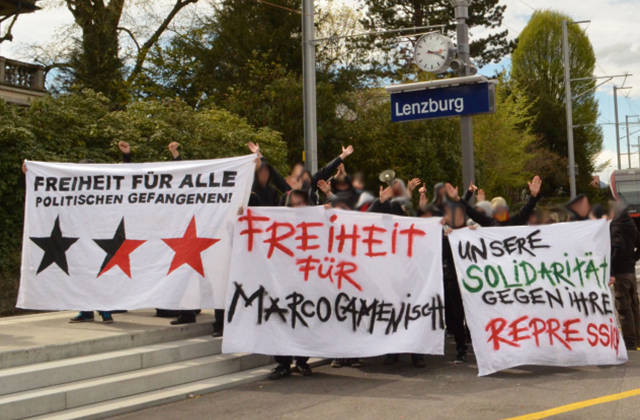 The Red Help Switzerland is a structure which is linked to the communist organization Revolutionärer Aufbau Schweiz. At the same time, it maintains a certain degree of autonomy as it focuses on the contradictions and practical problems concerning counter-revolutionary attempts to stifle protests or other forms of political expression and organization. For example, as Switzerland is a country where the political content of repressive attacks is usually not openly declared (in comparison to the openly political paragraphs used in other countries), we focus on revealing the political quality of trials against militants. We also have a very close relationship with the long-term anarchist prisoner Marco Camenisch, who is imprisoned in Switzerland since 2001.