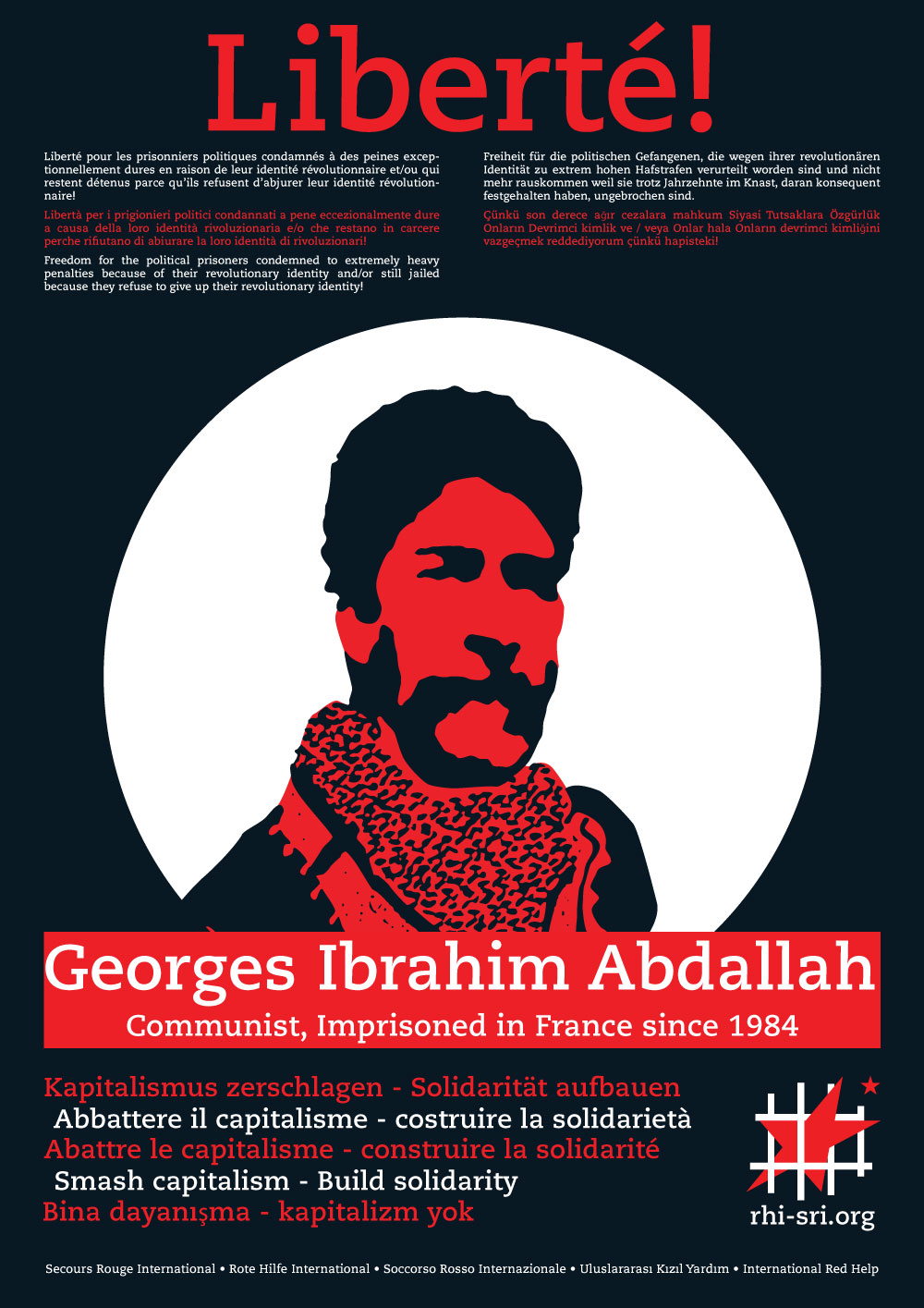 Georges Ibrahim Abdallah is a Libanese communist militant who fought alongside the Palestinian people. He was arrested in France in 1984 as the assumed founder of the Lebanese Armed Revolutionary Factions (FARL) and suspected of having planned their military actions in Europe against Israeli and American officials. In 1987 he was sentenced to life imprisonment. He can be legally released since 2001 but he was maintained in jail. A court decided his release, but this decision was not applied by the officials until another court decided otherwise under direct pressures of the USA and Israel.