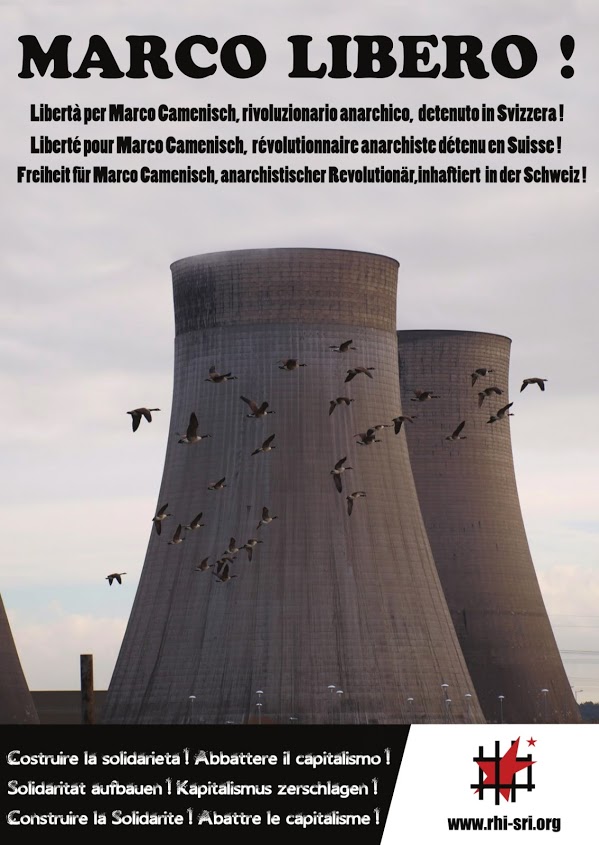 Marco Camenisch is a Swiss eco-anarchist militant who took part in the struggle against the nuclear industry. He was convicted to 10 years of jail in January 1981 for the blasting of high tension pylons. He escaped in December 1981 and has lived underground in Italy for 10 yeans while continuing his anti-nuclear activities. In December 1989, a customs officer was shot dead and the authorities immediately pointed out Marco as the author of the shooting, which he denied. Two years later, he was arreted in Tuscany by the carabinieri. During the shooting, Marco and a carabinieri were wounded. In May 2002, he was convicted in Italy for the shooting and for the blasting of a high-tension pylon to 12 years in jail. In April 2002, after the end of his sentence, Marco was extradited to Switzerland and then convicted to 17 years in jail for the death of the customs officer. Despite the tough prison conditions, Marco took part in the social and political prisoners’ struggles, including hunger strikes. His liberation was constantly postponed because of his refusal to repent.