Freedom for the Fighters of the People's War in India 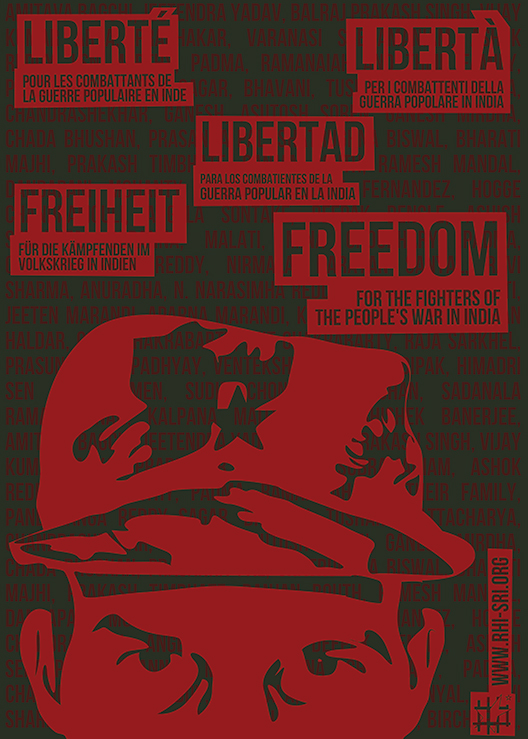 The exact number of political prisoners remains unknown but they may be more than 10.000 behind bars. The Indian legislative power is at the forefront of the anti-terror laws while providing the authorities with an arsenal of laws, decrees and orders to fight all forms of dissent. A large part of these prisoners come from the most marginalized sectors of the Indian society. Among them are a lot of militants and supporters of the Communist Party of India (Maoist). The maoists are the first target of repression as their main goal is to overthrow the political power with a new people democratic revolution. The struggle for the liberation of the maoist prisoners is essential in the Indian people’s struggle. The vast majority of the 1.2 billion Indians survives with less than 1.5€ a day. They fight every day in a country plagued by an unprecedented political, social and human crisis.