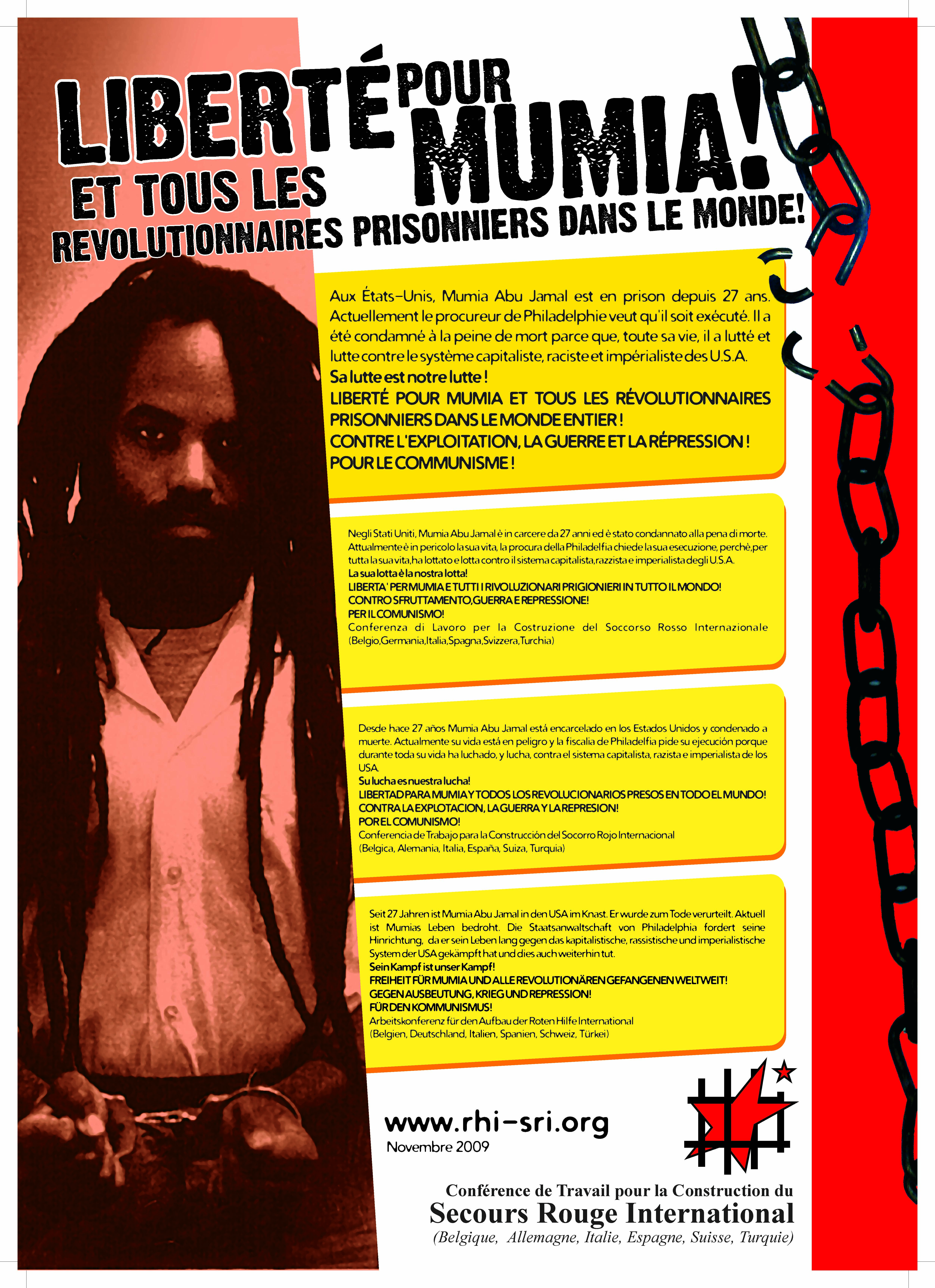 Mumia Abu Jamal comes from the African American Black movement. When he was 15 years old, he was responsible for the information in the Philadelphian Chapter of the Black Panther Party. He became a journalist and got his nickname “The voice of the voiceless”, he denounced the violent repression targeting the Black community in Philadelphia. On December 9, 1981, Mumia was heavily wounded during a shooting. He was sentenced to death for the murder of a policeman during a trial where the evidences of his innocence were hidden. Legal struggle, popular mobilizations and international solidarity transformed the death sentence into a life sentence. In jail, Mumia keeps writing and srving the cause of Black Liberation.