Freedom for Lebanon and for Georges Abdallah! Freedom for Palestine and Ahmad Sa’adat! 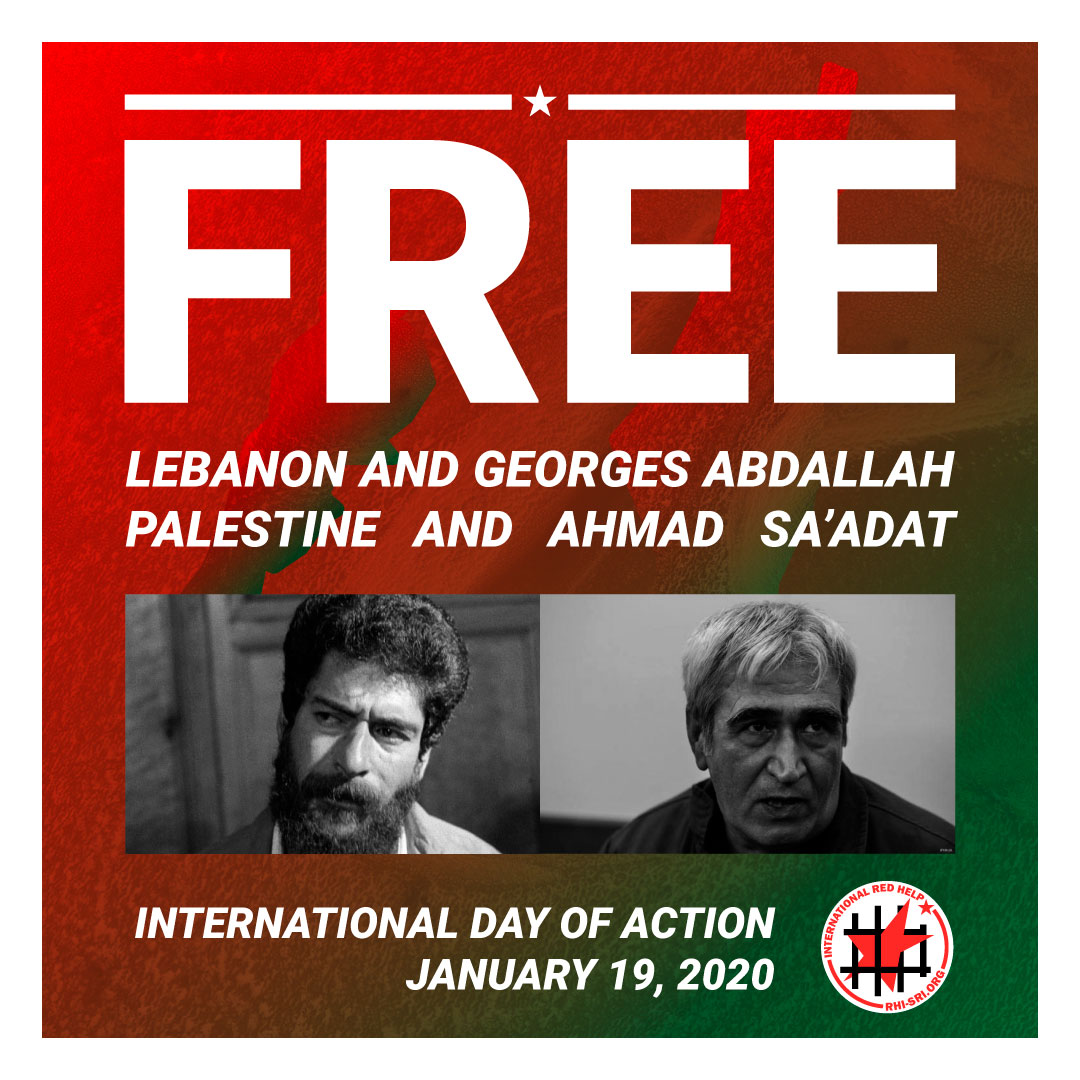 The uprising of the Lebanese people against corruption and the economic policies which aim to make people pay for the crisis in the system is part of a vast movement of struggles which crosses the continents.

Among the means used by the elites to divide peoples: confessionalism and communitarianism. This practice of “divide and rule” is deeply rooted in Lebanon: instituted by the French, it has been taken up by all the dominant forces: semi-feudal, comprador and bourgeois.

And it is one of the great qualities of the uprising in these recent weeks to unite workers, intellectuals, agricultural workers, students, and members of the petty bourgeoisie regardless of their respective confessions and communities. The violence of the reaction of the communitarian parties, which launch their militiamen against the demonstrators with the complicity of the security forces, shows the importance of the stake.

Also important is the presence in the movement of the demand for the release of Georges Abdallah. Georges Abdallah is an international figure who embodies anti-imperialist and anti-Zionist resistance. It also embodies this revolutionary heritage which, turning its back on communitarianism, has put forward revolutionary internationalism as a central element of liberation between peoples.

The figure of Georges Abdallah also recalls the importance of the struggle for a free, secular and democratic Palestine. The capitulations of Oslo, the prospects of an “Arab-Muslim state” alongside a “Jewish state” can only satisfy those elites who collaborate with imperialism and who make their fortune on the backs of their people. Should we remind that Ahmad Sa’adat, secretary general of the PFLP, the main force opposing the Oslo Accords, was imprisoned by the Palestinian Authority before being imprisoned by Israel?