Defeat Erdogan! Call to join the Berlin mobilisations on September 28-29 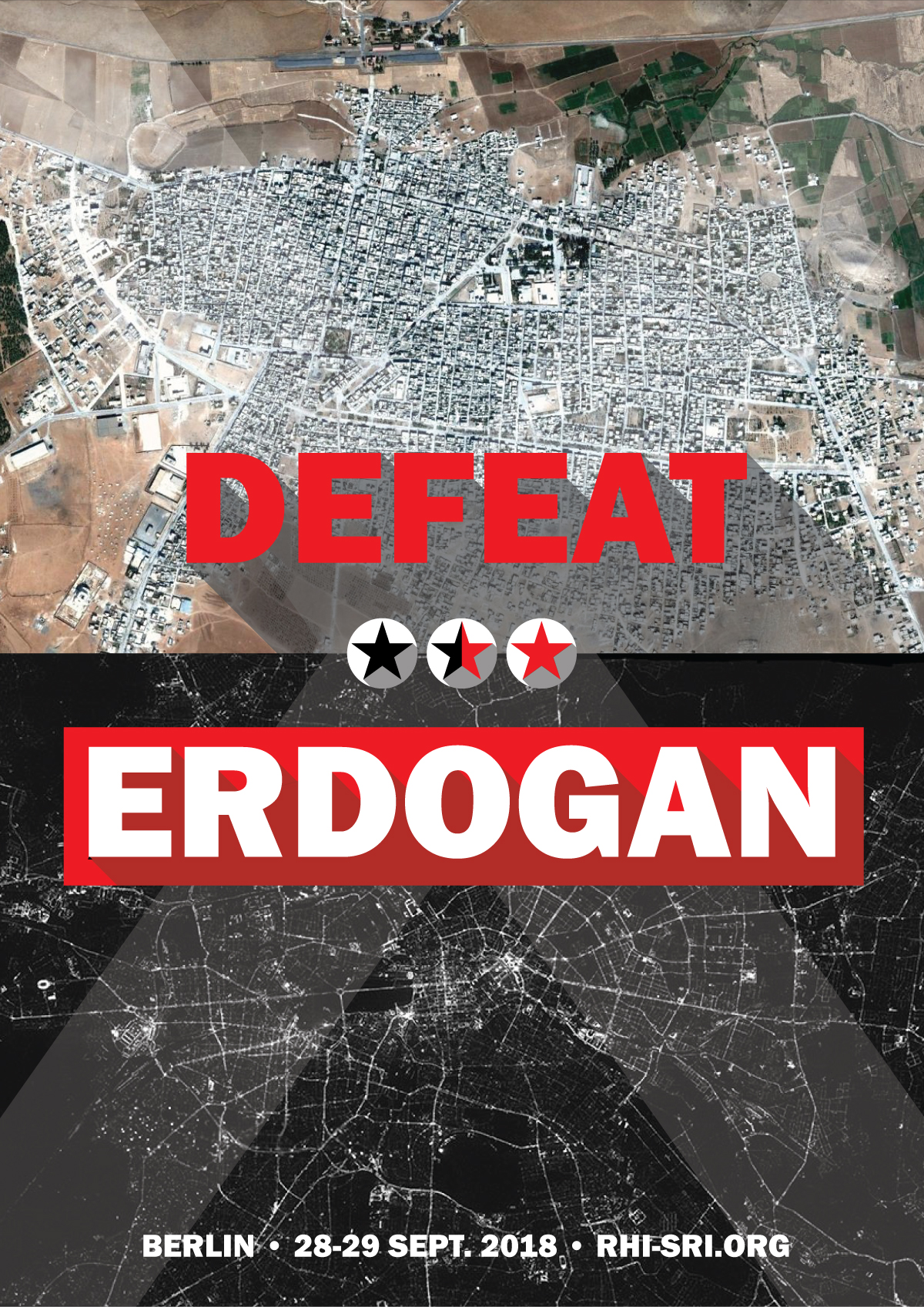 September 28-29, Erdogan will visit Berlin. This visit will be very important for him, for his EU and NATO accomplices, and for the people of Turkey and Kurdistan.

What does Erdogan represent:

The existence of a liberated Rojava in Northern Syria, ensuring social justice and respect of ethnic and religious minorities, and offering a propitious frame for the self-liberation of women, is a valuable reality for the Middle-East which is immersed in the darkness of the military, feudal or religious dictatorship. This movement must be defended. Since the victory against the Caliphate of Daesh, the main threat against Rojava is now Erdogan.

In Turkey, despite the mass imprisonments, the bans against popular organizations and critical medias, the resistance exists and must be supported. From the Kurdish resistance, to the struggles of the purged teachers, to the repression against the demonstrations for the rights of LGBT people, to the revolutionary guerillas in Dersim: all these resistance movements are designating Erdogan as their main enemy.

Erdogan’s visit in september must be defeated. His accomplices, whether they are States, corporations or international organizations taking advantage of his dictatorship (agreements about migration control, weapons trades, transanatolian pipeline linking Bakur to Italy) must be denounced and fought. And it must be done before new massacres are committed.

The International Red Help calls for a massive and radical participation in Berlin mobilizations against Erdogan’s visit. Those who cannot travel should make local initiatives on this occasion. Nothing should be neglected to defeat his visit.

Solidarity with the peoples of Turkey and Kurdistan !
All against Erdogan these 28-29 of September !