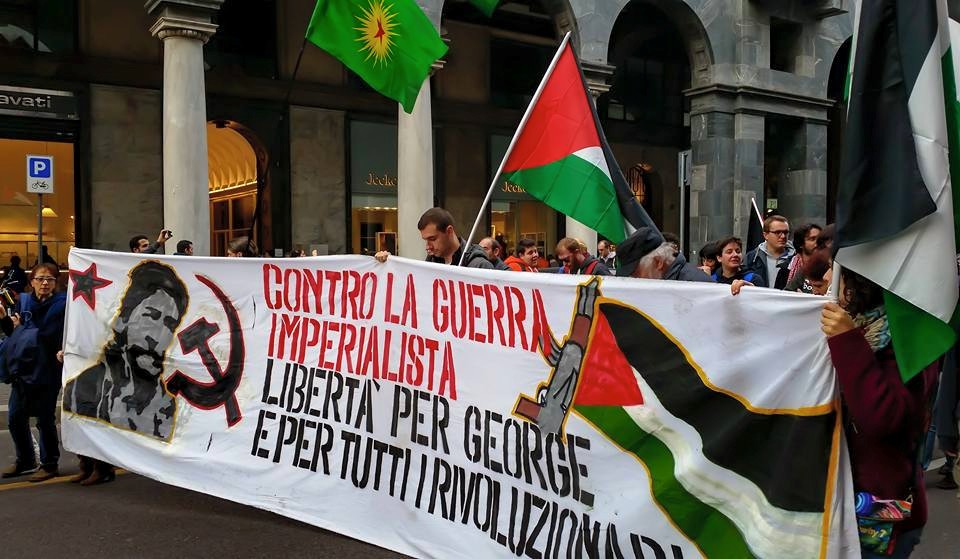 The “Collective Against Repression for an International Red Help” (CCRSRI) is a small organism composed by communist which, in the frame of the “International Red Help” (SRI), leads struggles against repression, inprisonment and preventive counter-revolution, to promote the solidarity with revolutionary prisoners accross the world et to contribute to the development of a class solidarity at the local and international levels with a revolutionary perspective. An activity aiming to defend and strengthen the identity of the inprisoned comrades and to support all authentic struggle paths, inclugind through unity and coordination practices, and more generaly through developing debates and struggles in a revolutionary perspective. For that, the CCRSRI is convinced that an important aspect to give the impulsion to the struggle towards a radical transformation of the society is the awareness of the existence of the political character of the revolutionary organizations et of the struggle forms through which they practice, beyond our evaluation regarding their political lines.

In accordance to these goals, the CCRSRI encourages and participates to various initiatives (demonstrations, gatherings, meetings, assemblies and conferences), spread and produce information and counter-information (booklets, leaflets, posters and videos). Therein, we believe the blog is an appropriate tool to collect and spread documents about the struggles in various parts of the world and to spread international news about class struggle in its various forms, about the resistance of revolutionary prisoners, about the repression and the militant response that opposes it. The CCRSRI also actively participates to the Work Conference for an IRH, it takes part to its coordinated initiatives at the international and local levels and practice its campaigns.

Under the slogans of the IRH: “Building solidarity!” and “Tear down capitalism!”, the CCRSRI promotes militant class solidarity and support all struggles for a radical change of perspective.