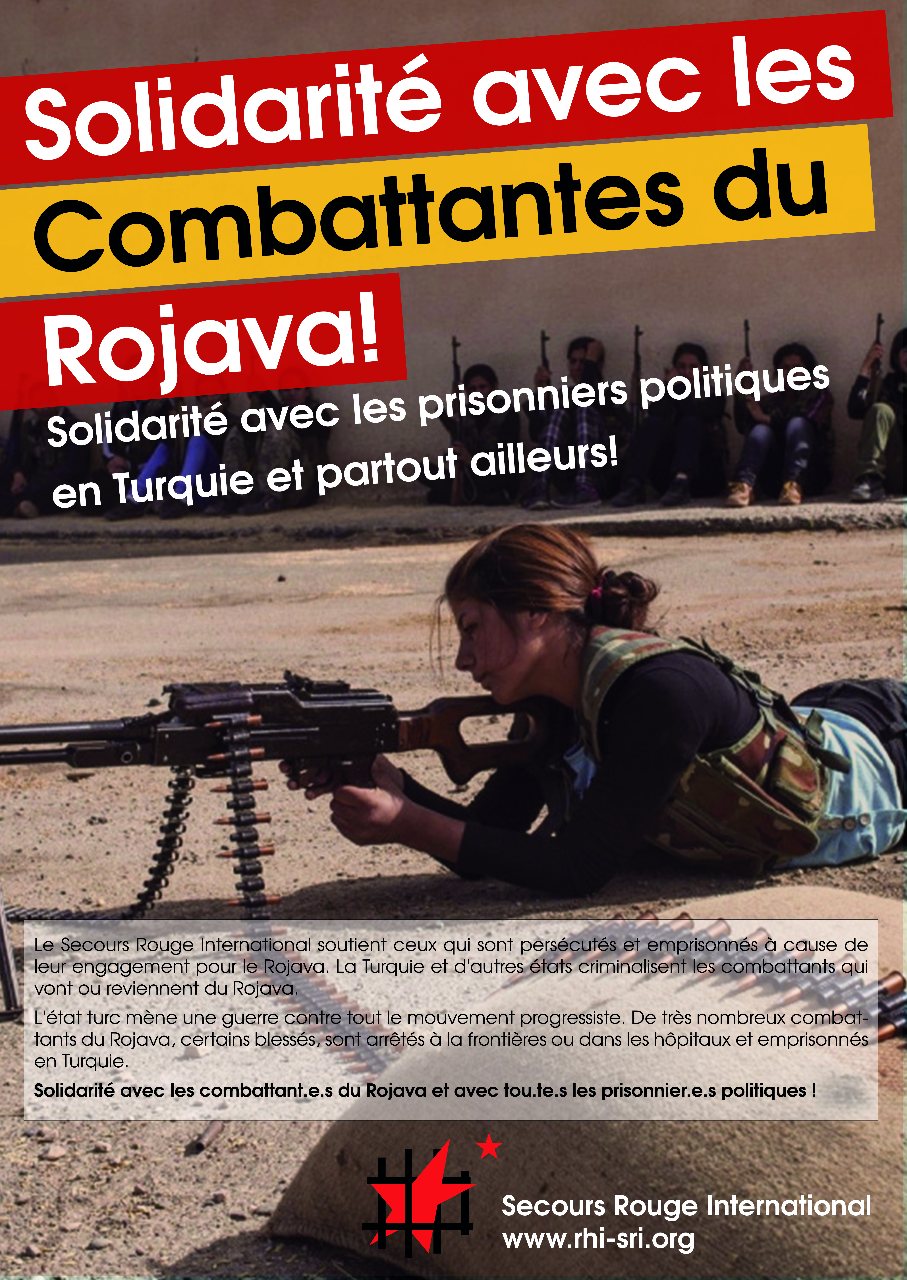 At the heart of the Middle-East, peoples of Rojava (Syrian Kurdistan) have risen up against reactionary forces oppressing the region since decades. After setting free Rojava from Daesh, the Rojava inhabitants and the many foreign revolutionaries who came to support them are worrying the american imperialists and NATO as well as the reactionary and fascist regimes from the Middle-East : Turkey, Saudi Arabia and Iran. All of them are now intervening in the region with bombings and interference. By doing so, they are reproducing the same strategies that created many islamist groups such as the Daesh, Al Qaeda or Al Nusra. These groups are golems who escaped the control of the capitalist countries who gave them birth.

The ennemies of the people have great difficulty ending the struggle for liberation that peoples of Rojava started to set, even by using their usual weapons : deadly bombings, shelling civilians, mass detentions of revolutionary militants, permanent attacks against the people’s guerrillas and capitalist hagglings. This struggle is going on in Rojava, in Kurdistan and in the whole Middle-East, as the armed women of Rojava are now the worst nightmare of the islamists.

After gathering their usual and historical allies -USA, NATO, EU, UN, social-democrats and reactionary regimes- Turkey undertook a wide repression campain accross the kurdish territories in Turkey, Iraq and Syria, as their main goal is to wreck the revolutionary ambitions of the oppressed peoples of Rojava.

Let’s support the International Freedom Battalion which gathers communist, anarchist and antifascist fighters who came to defend Rojava in the spirit of the International Brigades who defended Spain in 1936. Let’s bring our political and material support by funding hemostatic dressings. 60% of gunshot wounded die of bleeding while waiting for care. These dressings quickly stop the bleeding and cost 40€ each.

Support the revolutionary stuggle of the peoples of Rojava and elsewhere against islamists, USA, NATO and reactionary states !