Barricades have only two sides: All support to Dimitris Koufontinas! 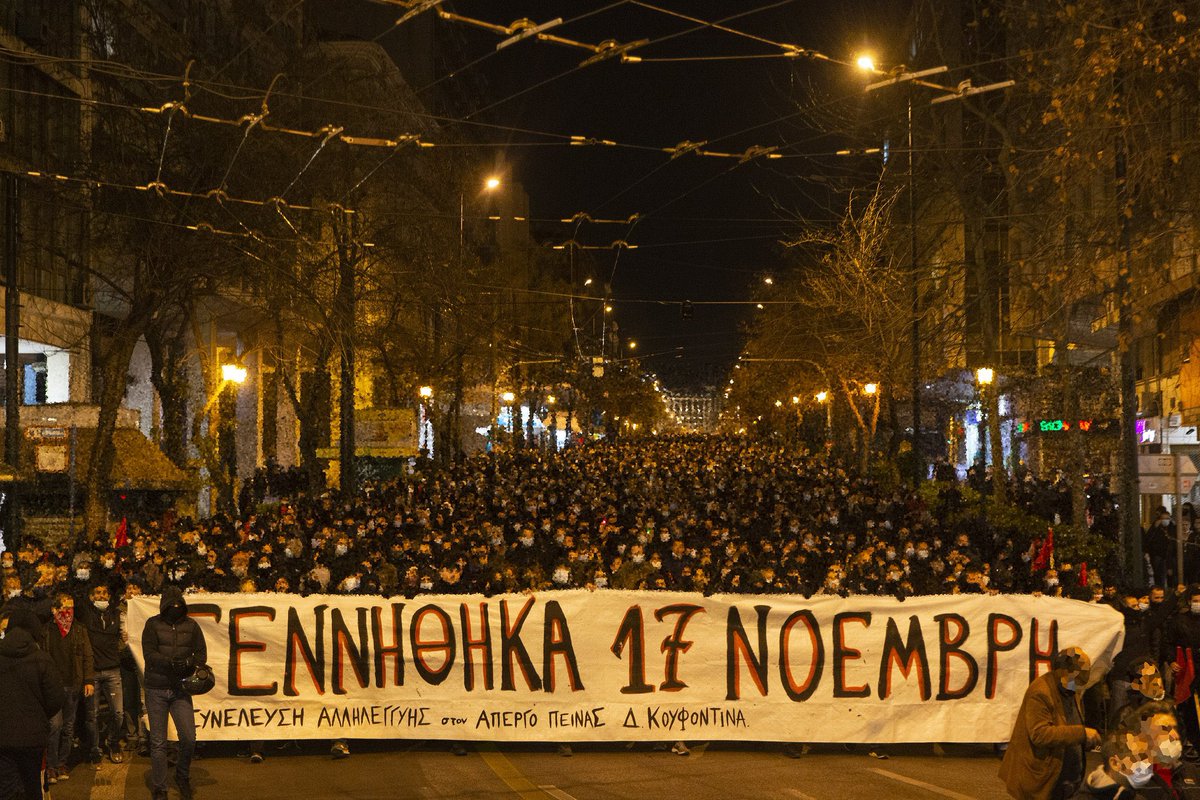 Saturday, March 6th will be the second international day of support for Dimitris Koufontinas. The extent of the support for Dimitris is not only an action of solidarity with a political prisoner. It is a political event with a profound significance.
The heroic resistance of Dimitris Koufontinas, which is the continuation of his revolutionary commitment before, during and after his involvement in the Revolutionary Organization 17 November, has become crystallization point of social anguish in Greece.
For there are moments and situations in which it is easy to see who is who and in which camp they stand. There are moments and situations in which it is clear that barricades have only two sides.
On the one side is the oligarchy, who’s heart has been struck long and hard by the Revolutionary Organization 17 November, they wish to exorcise it’s specter with a sordid and homicidal revenge.
It is not only the oligarchy, but also the entirety of the mercenary structures at its service: the politicians, the policemen and other bourgeois journalists… Behind this oligarchy are the imperialist powers, the USA, Great Britain among many others, who have not forgotten the blows that were dealt by 17N.
On the other side the masses of people bled by this very same oligarchy and who are dominated by these powers. They march under the slogan stating that “We were born on November 17,” they do not take position on the particular decisions of 17N, but they affirm strongly and with pride that:
Yes, they are our people, they fought for our cause, they are part of our history and that they are the link between the antifascist partisans and us. We will not abandon them to the vengeance of our common enemies.
This message of international solidarity must understand its own strength and importance.
Our responsibility is to support it, value it, strengthen it in every way possible.